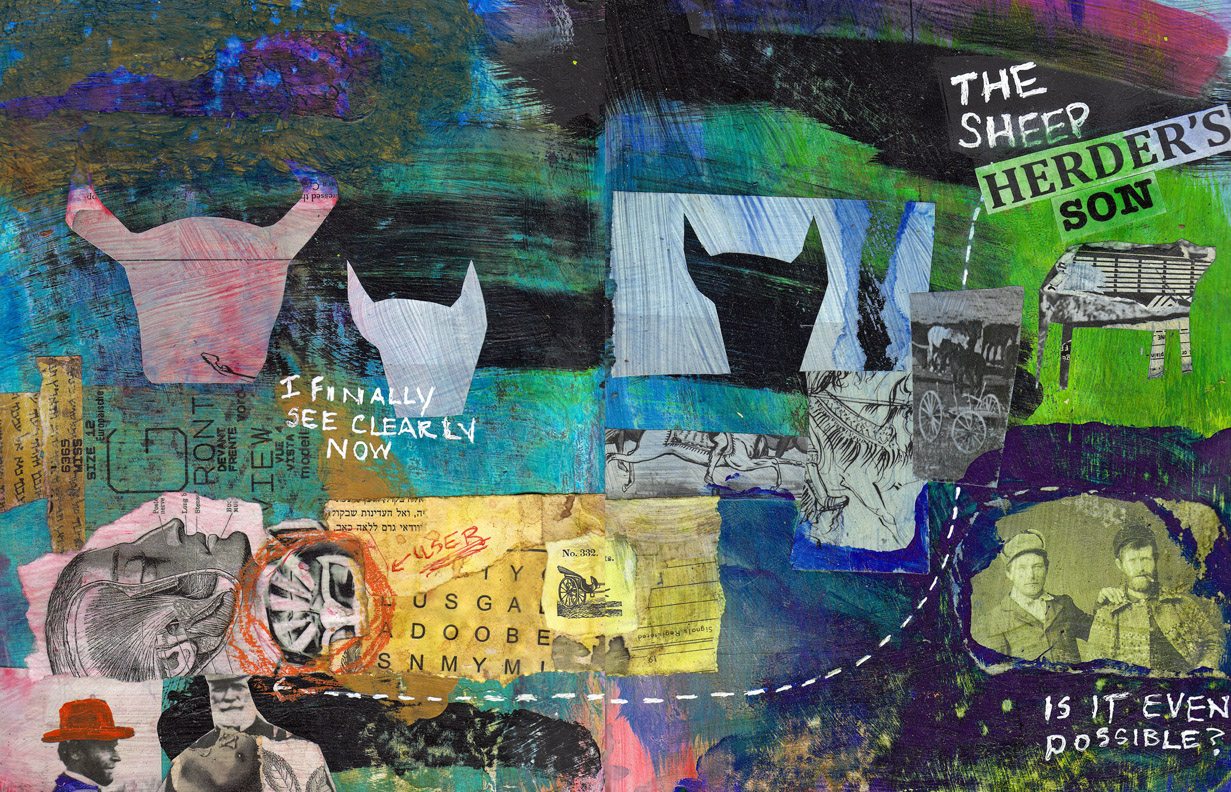 I remember how it began. It was with the son of a sheep herder. There was really not much to it, it was physical mostly and short-lived. Yet it set a pattern for me. One I finally see changes in. I was preparing to leave work for a trip to the mountains with Orly. If only it had happened 5 minutes later I would be gone. I would have missed it. I would have missed the drama. I was called to the counter an old friend had stopped by and he needed a favor. I helped as best I could, and left, the exchange only took that five minutes. Yet the encounter shook me. I saw this relationship for exactly what it was, and I saw myself thankfully removed from it almost as if I was watching from above.

This spread was started in a class with Orly Avineri and finished this weekend in the mountains of Lake Arrowhead with her. What a glorious weekend it was of friendship, art, food and sharing. 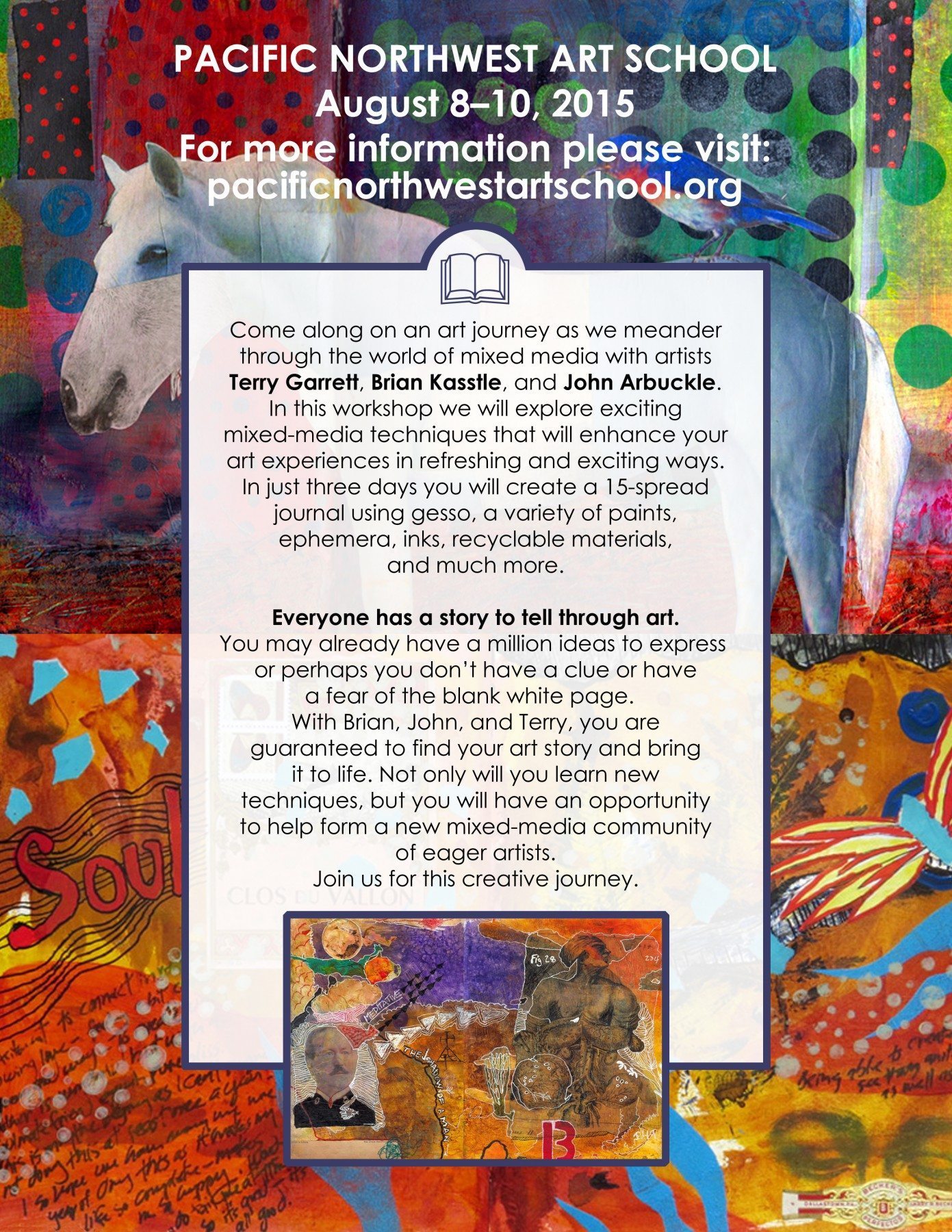 I am looking forward to teaching a three day class with two other incredible friends and art journaling teachers, Terry Gerrett and John Arbuckle. 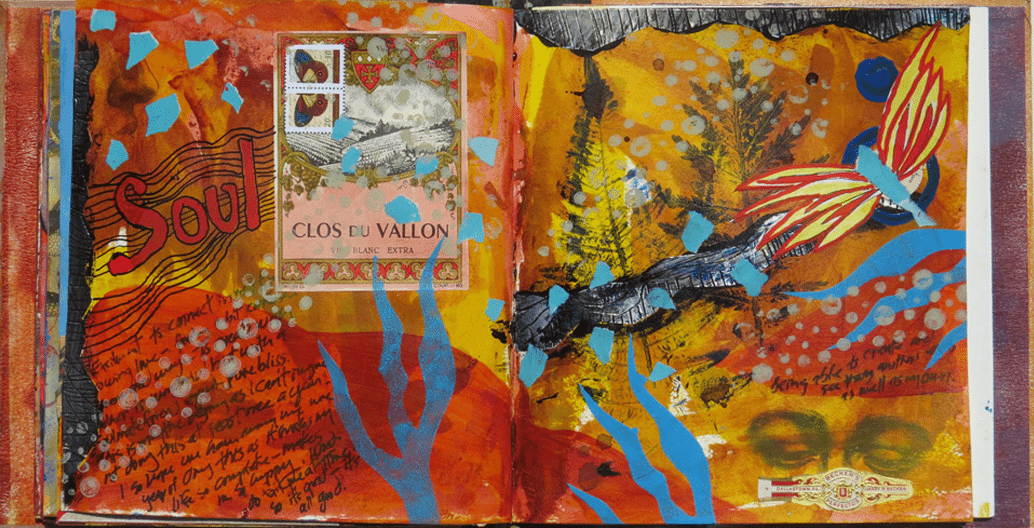 Imagine three days, three teachers all their techniques and all the fun in beautiful Whidbey Island at the Pacific Northwest Art School August 8-10th, 2015.